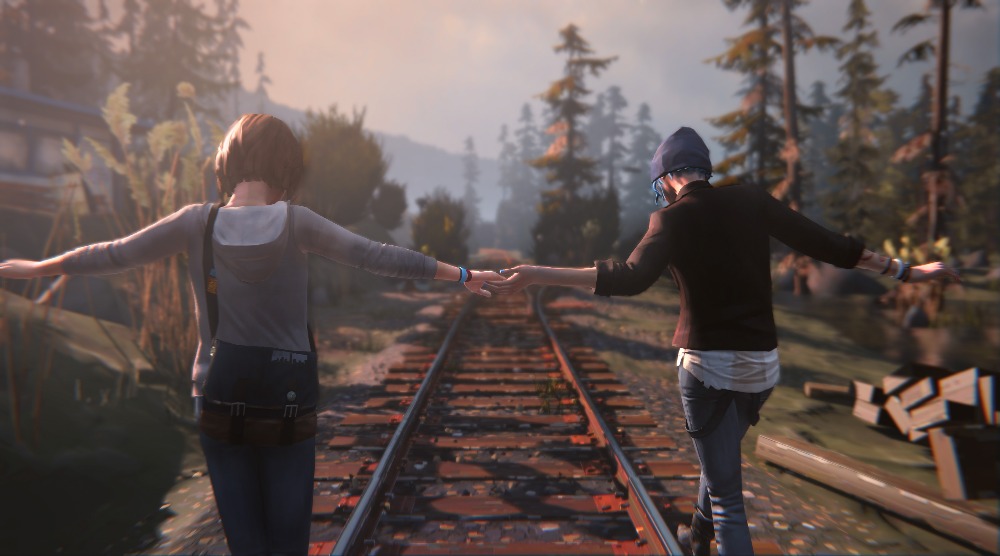 Lately I’ve been much more interested in games that don’t feature dudes shooting guns and saving the world from evil bad guys (or on an extra special occasion, a lady will shoot guns and save the world!). This has been a slowly growing trend for me (as evidenced by my (sort of) recent Undertale blog). I’m well aware that there are a ton of great games out there with these sorts of stories (and indeed, there’s still some that I’m really looking forward to), but I’m just getting a tad worn out on the ubiquity of them.

Life is Strange is the perfect antidote to this disillusionment. For those unfamiliar, the game follows Max Caulfield, a teenager living in a small Oregon town and attending a boarding school with a prominent photography program. Following a tragic event on an already strange day, Max realizes that she has somehow gained the power to rewind time.

I know, it sounds pretty silly, and a lot of the time it is pretty silly. But amidst a tale of science-fiction and high school drama clichés, a truly powerful and touching story of friendship unfolds that simply wouldn’t (and won’t) have the same impact in any other medium.

One of the reasons I’ve been so in love with these sorts of games that stick the player in the middle of a deeply affecting story is the empathy it builds. Max’s best friend Chloe becomes my best friend, and I care about what happens to her. Max’s choices are my choices, and when that means that something humiliating happens to the petty-but-ultimately-just-naïve school drama queen, I feel guilty. Betrayal by characters I trusted stings and enrages. Feeling these kinds of emotions in a safe environment can be strangely freeing and gratifying.

The game captures what it’s like to be a teenager in a small west-coast town better than anything I’ve witnessed in possibly any medium (though that’s admittedly a pretty small niche of experience). The characters don’t just feel like high school archetypes; they feel like kids I could meet if I drove down the Oregon coast and walked into a mall. Sure, some of the modern teenage vernacular doesn’t really come off quite right (“Ready for the mosh-pit, shaka-brah”), but I think we forget just how awkward and weird high-schoolers can be. In a way, it even contributes to the game’s weird aura of timelessness. From a technical standpoint, as well, some of the animation looks pretty wonky, but I didn’t play this expecting to be blown away visually (…and yet I occasionally was!).

The less justifiable missteps of the game (when viewed on their own at least) are the narrative ones, namely the clichés and predictable twists it falls on at some key moments. However, there are many more moments where the game skillfully subverts these clichés and gives us some genuine shocks. Looked at overall, the story is more than engaging and expressive enough that it’s easy to forgive its occasional fumble, especially when the whole game is so earnest and endearing.

In the interest of avoiding spoiling the game for those that have yet to play it, I’ll forego any discussion of the ending, themes of sacrifice and letting go, and or the quality of the last episode (it happened to be my favorite!), but if you’ve played it, please let me know your thoughts on the game in the comments section below! And if you haven’t played it, go do it! It’s available for PC, Mac, Linux, PS3, PS4, Xbox 360, and Xbox One, and the first episode is free.