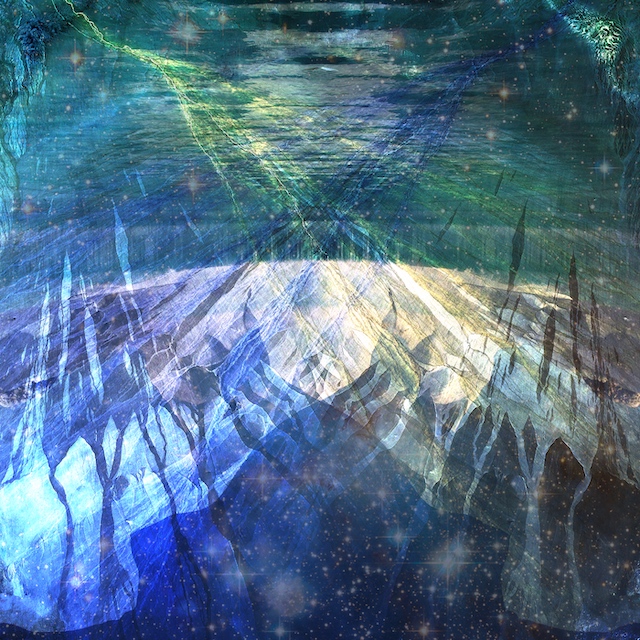 In September I released two covers as a single called Two Others’ Songs, featuring electro-pop-ish arrangements of “Here Comes a Thought” from Steven Universe1 and Radiohead’s “How to Disappear Completely”2 from Kid A. You can listen to it on all of your favorite music platforms…

Both songs have a certain meditative bent to them (the first moreso than the second), so I thought they went well together.

I first heard this song in September 2017, and it simultaneously destroyed me and partially encouraged me to throw a lot more energy into meditation and my mental health. It’s still probably the best song about meditation that I know of.

It also encouraged me to finally watch Steven Universe, which has since become one of my favorite shows.

This cover sort of began writing itself in my head over the summer. It was so fun to arrange; I don’t think I’ve ever had this much fun writing a drum part, and I got to use a lot of my favorite instruments (clarinets, electric piano, choir-y multi-tracked vocals, arp-y synths).

Somehow the idea to change the time signature from 4/4 to 6/8 landed in my brain and wouldn’t release itself. This led to a lot of challenges in modifying the whole flow of the tune, especially in the “take a moment” sections. I opted to make most of them slower and more meditative, whereas the second iteration is more frantic and rushed. Both takes reflect different angles on the meditative experience nicely, I think.

The clarinets are another idea that wouldn’t let go of me. There’s a fun technique I stole from John Adams where the 3 clarinets trade off on patterns, making it sound like one continuous pattern that’s swirling around the listener3.

After finishing, it feels weird to go back to the original tune; it feels different (and uhhh definitely better than my own arrangement), but at the very least I enjoyed the hell out of putting my own warped spin on it.

“How to Disappear Completely”

If “Here Comes a Thought” marked a period of late-20s angst, this Radiohead tune probably best stands in for some of my late-high school angst. I had a hard time deciding whether to put this first or second, but I opted to start off more cheerfully. Really it could go either way, but I think thematically this tune somehow feels less “mature,” which is somewhat ironic seeing as “Here Comes a Thought” comes from an animated family-friendly TV show and “How to Disappear Completely” is a track from arguably one of the most significant albums of the past couple of decades.

I again switched up the time signature, this time in the other direction from 6/8 to 4/4. I had intended to do most of the instruments in this track using VCV Rack, but that ended up proving to be more cumbersome than I had hoped. I still ended up doing the hi-hats, some synth flourishes, some samples, and some glitchy stuff using VCV Rack.

Glitch 2 from Illformed got some heavy use, especially on the drums. My usual workflow for that plugin is generally to put it on the drums, record the output to a new track, and flip between different settings, then find the best bits of that to use as “drum fills” essentially. I might have borrowed this technique from Disasterpeace, who I believe did something similar on the Fez soundtrack?

For most of the synths, I used several instances of NI Massive (still on the old version). It’s an extremely versatile synth, but I often find myself making the same dreamy, vibrato-y, retro-y sawtooth wave, or something derived from that sound.

The original track’s bassline is pretty weird; it walks around unchanging while the harmony changes around it, somehow adapting to every chord it accompanies. I stuck with that for parts of the intro and first verse, but it seemed to be begging for something a little groovier with this particular drumbeat. I did end up repurposing the original line to become an accompanimental plucky synth (also Massive) in the second verse.

I couldn’t resist throwing in more choir-y vocals. I can’t get enough of them.

I had planned to do more tunes and make an EP, but essentially ran out of time. I still thought this put a nice bow on one period of my life, though.